Another Wednesday is upon us and that means, it’s time to tell you What’s Up in my life! (Besides being completely caught up in all The Bachelor drama!)

What I’m Freakin’ Out About

Eeeek! You guys! One of the guys from Small Town Murder / Crime in Sports followed me on Instagram! I’ve never felt cooler. I was so excited I legit squealed. And Trev was v. jealous. 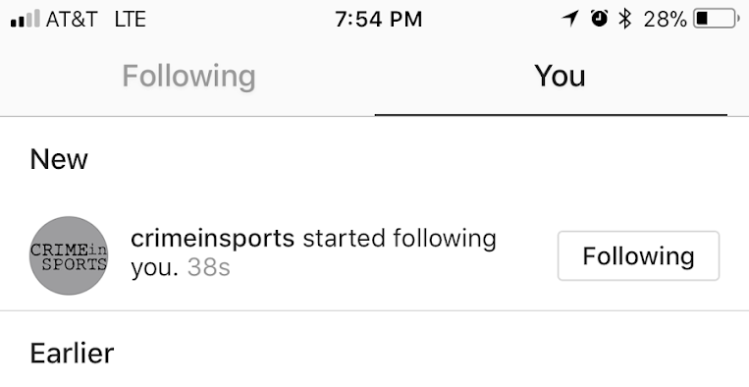 What I’m Listening To 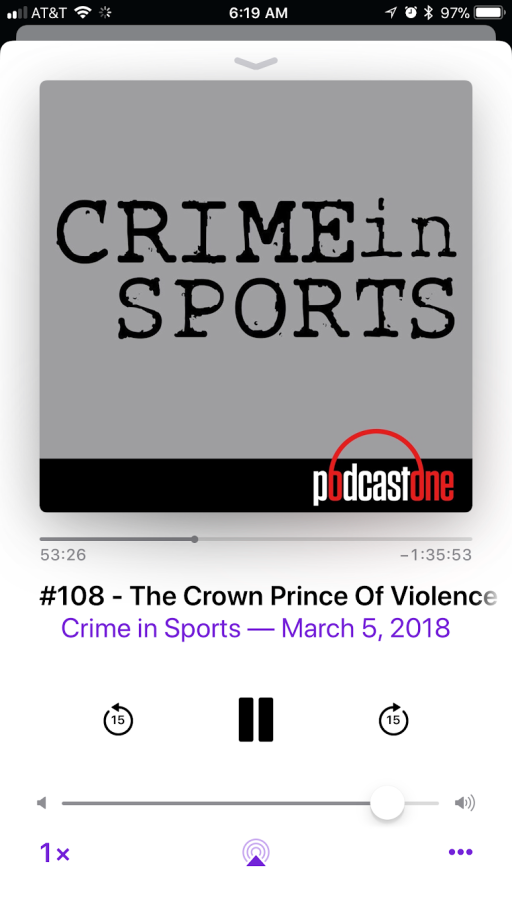 Since we’ve officially listened to every episode of Small Town Murder, we’ve started listening to James Pietragallo & Jimmie Whisman’s other podcast, Crime in Sports! It’s really good! I don’t like it quite as much as Small Town Murder, but it’s still super funny!  Find them on Apple Podcasts here 🙂

What I’m Working On

MY ABS. Okay. Really just trying to find a way to “work out” while I’m working 10 hour days so that I feel confident when bikini season rolls up in a few weeks. We wear Fitbits at work, so I always know I’m hitting my steps for the day. But I need to tone too! So I’ve decided to challenge myself to do 300 abs a day. So far, so good! Except it really, really, really hurts to laugh! I also love this video from Blogilates for my hips and thighs, and this one for my booty. I’ve been doing these while I watch TV at night for a week now. Let’s hope I can keep it up!

What I’m Excited About

I’m SO excited for tomorrows post you guys! I started a new Skin Care Routine in January and I’ve found some seriously amazing products! I’ve been dying to tell you about them since the week I started using them because I saw results so fast. But I wanted to give myself two months of this new routine to see how it really changed my skin. The difference is unreal! If you’re thinking of changing up your Skin Care Routine, be sure to check back tomorrow (or subscribe!). I’ve got some products that you will LOVE! (Both Drugstore and High End!) 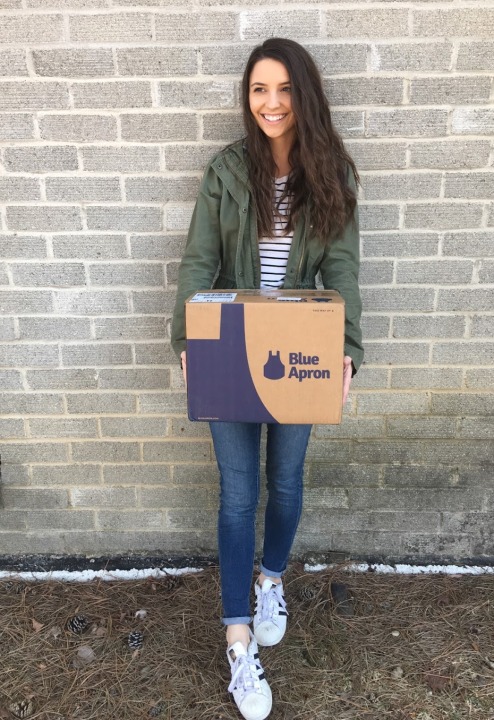 We FINALLY ordered our Blue Apron box (a gift from our wedding… almost two years ago… oops) and OMG you guys. We’re hooked!! We’ve now made three gourmet meals and it was SO easy! It’s not something we’ll do every week (we can honestly grocery shop for cheaper) but we’ve talked about it and decided we’ll be ordering it once a month. We have the best time cooking together and the food is SO GOOD.

Well… you knew it was coming. I, of course, have been watching The Bachelor and I legit just can’t wrap my head around what happened the last two nights! I don’t hate Arie because he changed his mind. We’re humans. We make mistakes. And sometimes you think someone is right for you when in reality they’re not. And that’s okay. But what isn’t okay is setting someone up that you supposedly love, to break their hearts in front of millions of people.

That breakup was excruciating. It should not have been filmed. That was a private moment between two people. I was so uncomfortable watching it. And I literally can’t even believe production allowed him to set her up like that. Like, on what planet is that okay? When is it okay to blindside someone like that?

Blindsides are for Survivor. Not The Bachelor.

She literally thought she was there for a happy couple weekend! Like how dare you Arie? And how dare you sit there lurking and lingering waiting for her to sob and tell you she loves you and that eeeees okay? Like WTF. And what guy doesn’t show any empathy when he tears our a woman’s heart? Seriously. His lack of empathy is somewhat disturbing.

My anxiety was THROUGH THE ROOF that entire last hour of the show Monday night. There’s nothing I can really say about it that hasn’t already been said about it.

BUT I can say that I’m really, really, really excited Becca is going to be The Bachelorette. I’m ready to watch her get the Fairytale Ending she deserves. Because that girl is a CLASS ACT. The way she handled herself, especially last night when they brought Arie out, was nothing but straight up classy. I seriously admire her for that.

So let’s do the damn thing! I’ll be watching next season like this…

So my loves, What’s Up in your lives?

I’m back tomorrow with my updated Skin Care Routine! I’ll talk to you all then 🙂

PS… Are you sharing what you’ve been up to on your blog too? Be sure to link it below. I’d love to read it!

December🎄🎅🏼✨❄️🎁 (Is #tbt still a thing?)
Thankful🧡 Happy Thanksgiving everyone!
Saturdays this fall have been unmatched. You’ve been good to us Section 13, Row 22. #hail
I’m so glad I left my tower ✨👑 🎨 Happy Halloween everyone! Anyone else’s day a little bit better because you get to be a princess for work? 🎃
#1 Flag Football Fan 🏈
Saturdays in Ann Arbor >>>>> (PS… check out that championship ring 😍)
Mentally, I’m here. 🥾 🏔 ✨ #montana #lastbestplace #glaciernationalpark
Pausing this moment forever. We’ll miss you, Montana.
Out West with the best ✨